There are many good reasons to live in Gainesville, among them the University of Florida, access to business, research and medical resources, and the always-evolving city itself. But, one of north central Florida’s main draws is its natural resources. Four National Natural Landmarks surround the Gainesville area — a bonus reason to consider a new custom Florida home here if you enjoy the outdoors.

But, if it’s outdoor recreation you crave, Oakmont has you covered. Here’s a look those four National Natural Landmarks near Oakmont.

It’s one of many freshwater springs in north central Florida,

Springs are abundant here because this region sits above the Florida Aquifer, the state’s underground limestone system that processes its water supply and surfaces as clear, 72-degree springs.

Ichetucknee offers three trails for hikers — it’s also on the Great Florida Birding and Wildlife Trail — but water sports reign. The park also is a rare inland site for snorkeling and scuba diving. 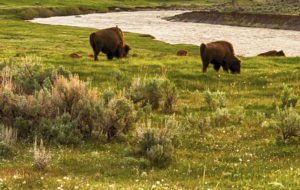 It became a National Natural Landmark in 1974 and was Florida’s first state preserve.

Paynes Prairie always provides something to see, flooding during wet periods and drying out afterwards. More than 30 miles of hiking trails will get you moving. Bike the paved 16-mile, Gainesville-Hawthorne State Trail that runs through Paynes Prairie, or go fishing or camping.

The park also is notable for limestone outcroppings and variable terrain. Equestrian, biking and hiking trails course throughout this nearly 7,400-acre tract, which is known for its mountain biking. Two annual events — the Tour de Felasco bike ride and the Gate2Gate Trail Run — are perennially popular. 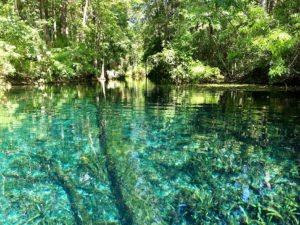 It became a National Natural Landmark in 1971 and is known for its glass-bottomed boats, which spotlight aquatic beauty below the surface.

It’s located east of Ocala, Gainesville’s southern neighbor city. Prefer to explore Silver Springs in a personal watercraft? Bring yours or rent from the on-site outfitter. Guides are available too.